Corner Gallery is pleased to announce our Fall into Christmas mixed exhibition. We are featuring the work of five artists demonstrating a range of styles and inspirations. 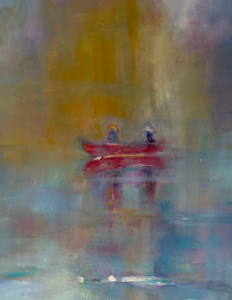 Barbara Hart, Toronto, Canada, creates original paintings in acrylic, oil and watercolour that are infused with light and energy and are expressive abstractions and impressions of nature, still life and portraiture.

Largely self-taught, she has studied at Ontario College of Art, Haliburton School of the Arts, Fleming College as well as learning from studying the works of the Masters. Artists of present interest are Cezanne, the Group of Seven, Max Lieberman, Georgia O’Keefe, Wolf Kahn, Peter Doig and John Hartman.

She has had numerous solo shows and engaged in group exhibitions in the Toronto area as well as frequent showings in her ArtbyHart Studio and gallery in Haliburton. A professional musician who is also gifted in art, her works hang in galleries, private homes in Canada, USA, and Europe. 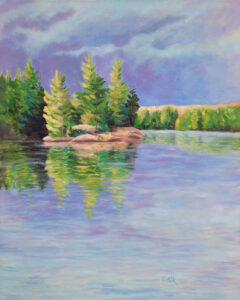 Harvey paints in oils both in the studio and en plein air in all seasons with the goal of capturing the spirit of the land while enveloped in it. Often the on-site paintings can stand alone, but they can also be used as inspiration for larger studio works.

When he is not painting road or riverside, Harvey can be found sharing his love for painting by encouraging others at Boathouse Studio in Carnarvon or facilitating en plein air workshops. He takes part in the Haliburton and the Lake Scugog studio tours. 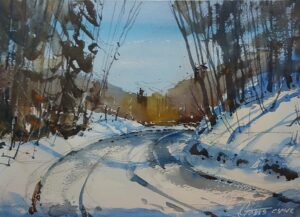 Gord Jones is a watercolour artist. The surrounding landscape in the Haliburton Highlands, Ontario has been a great source of inspiration for most of Gord`s paintings. He loves how watercolour allows him to transfer the light and shadow from his photographs to his paintings.

His approach is to interpret the essence of his chosen subject rather than producing detailed likenesses of actual places. He has always found visual communication speaks clearest, even though his interpretations leave room for the viewer to explore and most importantly, take part in the conversation.

Gord is an elected member of the CSPWC (Canadian Society of Painters in Watercolour), The SCA (Society of Canadian Artists). 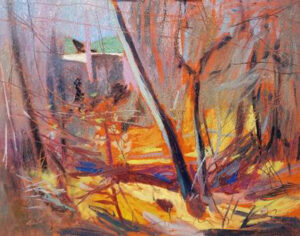 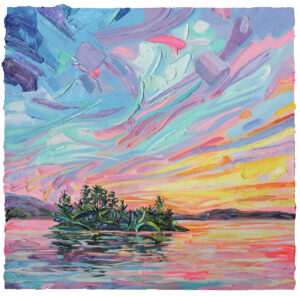 Sarah Carlson is an Ontario based visual artist whose multidisciplinary practice spans painting, murals, sculpture, and installation. Carlson’s work is an expression of her firsthand experiences within the natural world.

She holds an MFA from OCAD University (2019), a BFA from York University (2009) and a B.Ed from University of Toronto (2010). Carlson has taken part in artist residencies both nationally and internationally. Sarah is represented by Cloud Gallery in Orillia and Muse Gallery in Toronto. 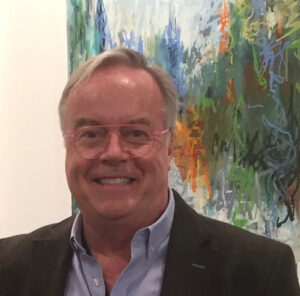 Ian Varney completed his Advanced Diploma of Fine Art in 2004 at LaTrobe Street College of Art and New Media in Melbourne, Australia. He was a Toronto based Family Physician for 38 years.

Locations near water have always attracted Ian. His lakefront home and Studio on Soyers lake, in the Haliburton Highlands, provides an abundance of inspiration. The ocean, and coastline views also feature prominently in his paintings, and recall his years living in Australia, where he eventually became a citizen. His art frequently abstracts these various shoreline views. In the current body of work Ian seeks to represent the landscape by employing a variety of techniques and surfaces (canvas, birch panels and Claybord). The use of line, in various forms, is an integral part of the work. Squiggles, straight line, dragged paint are all employed to represent the landscape which he loves so much. 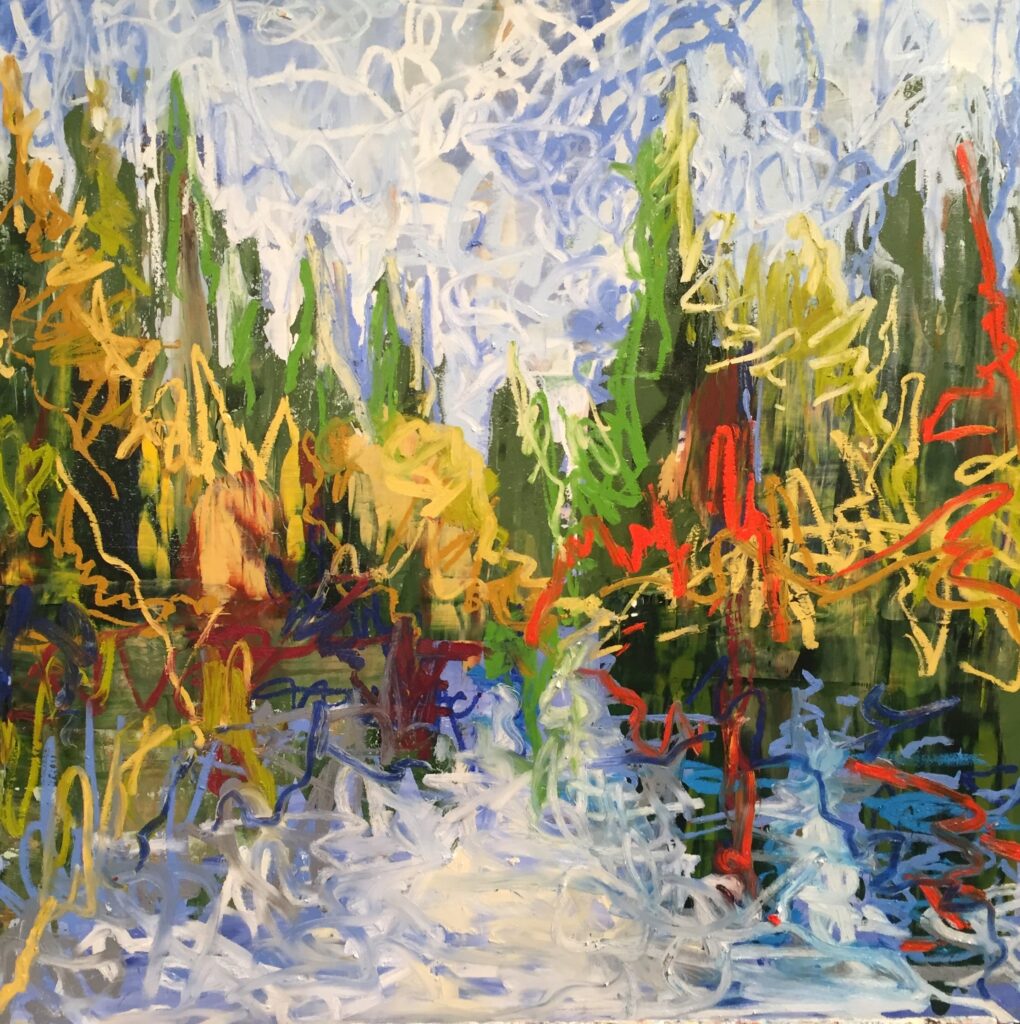 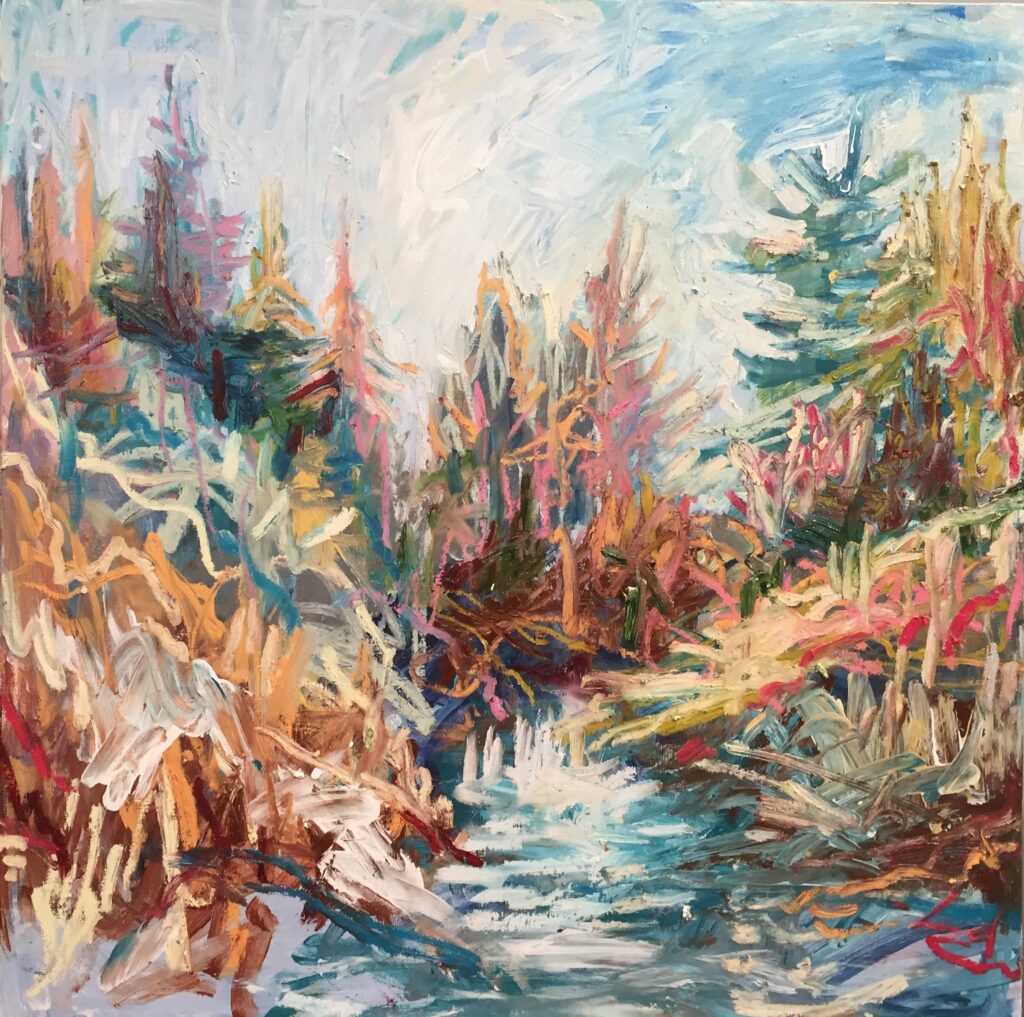 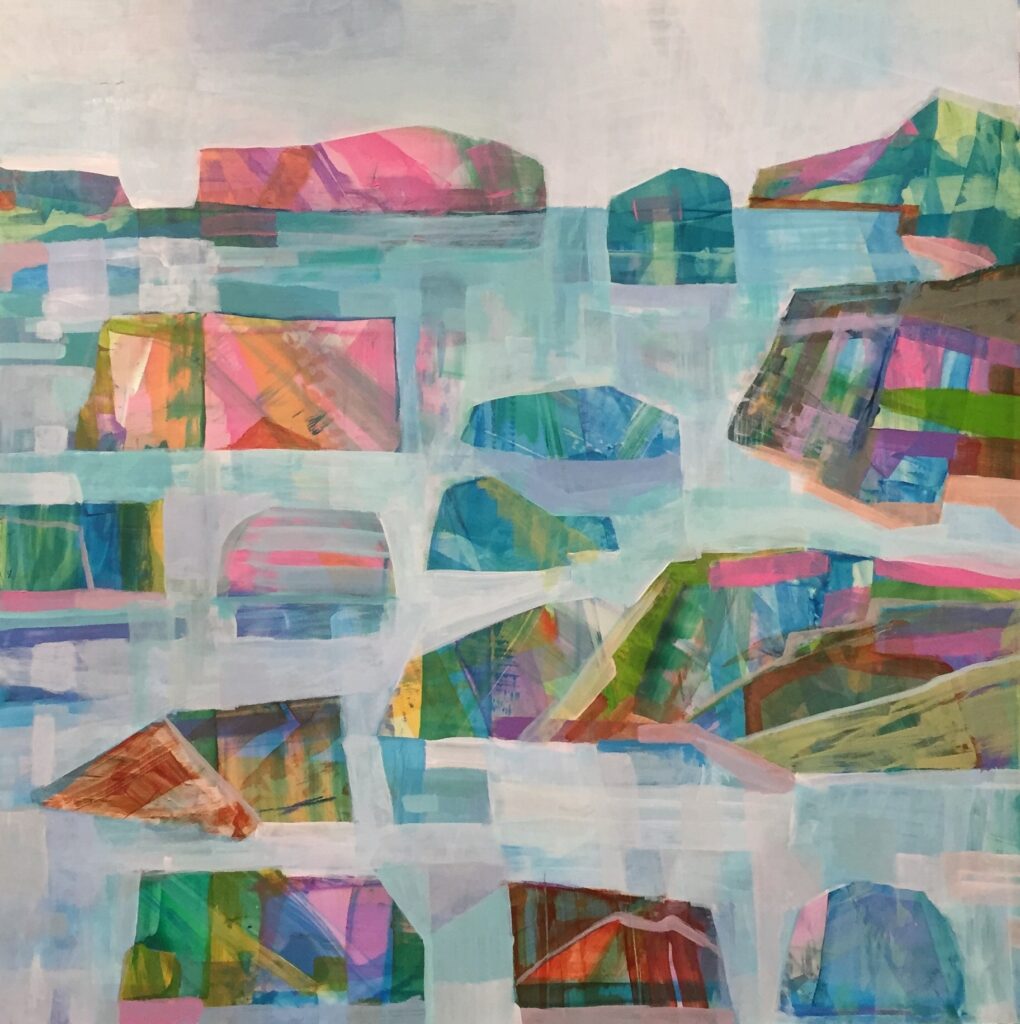 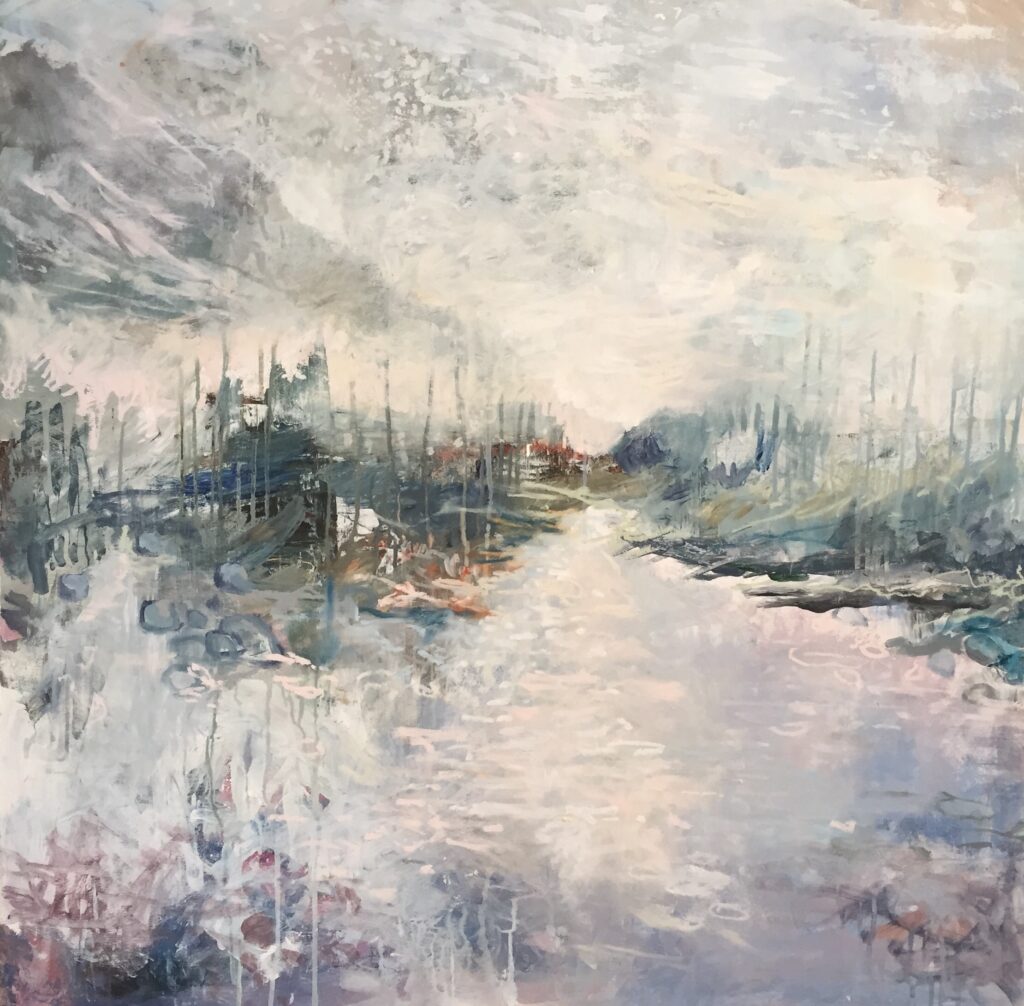 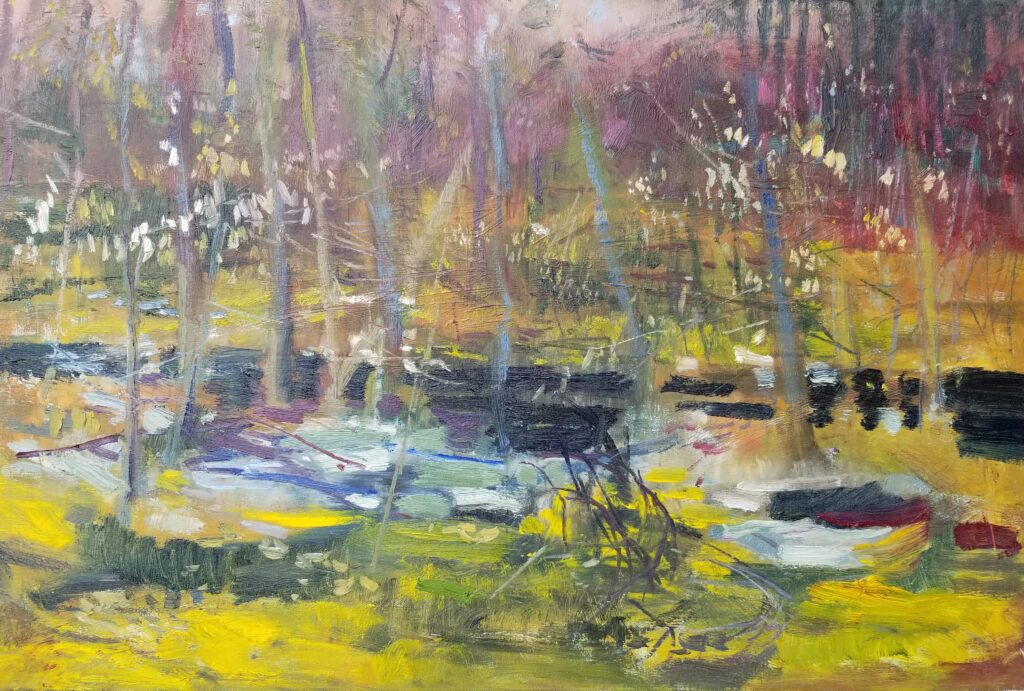 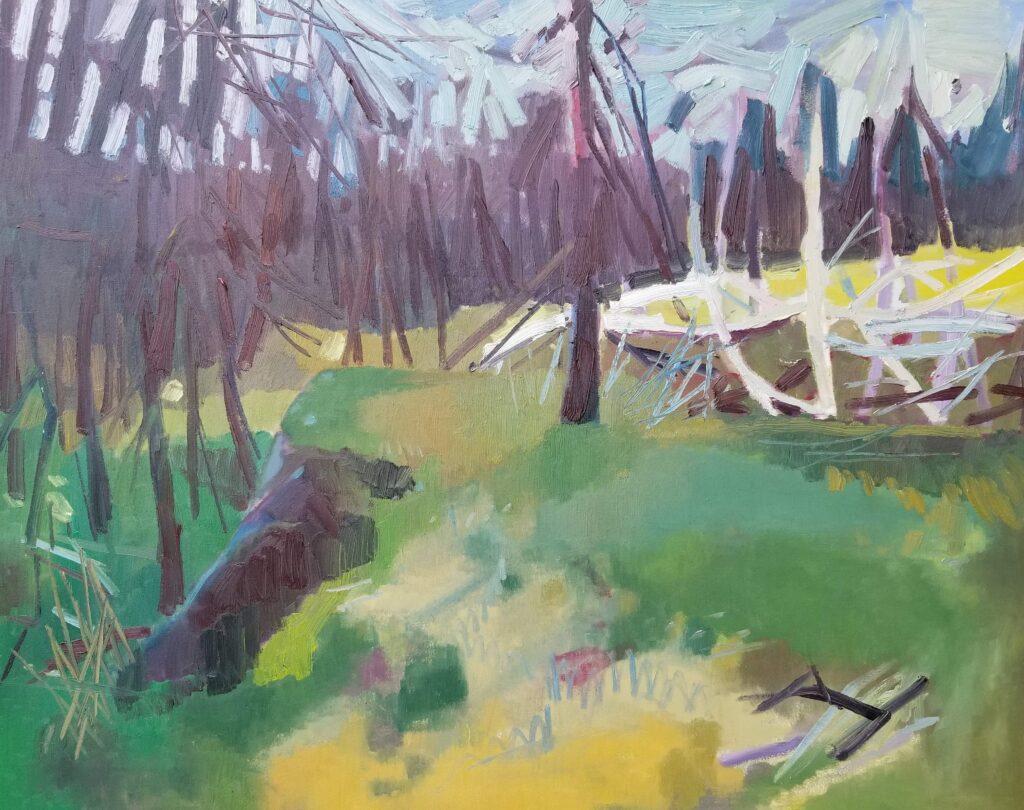 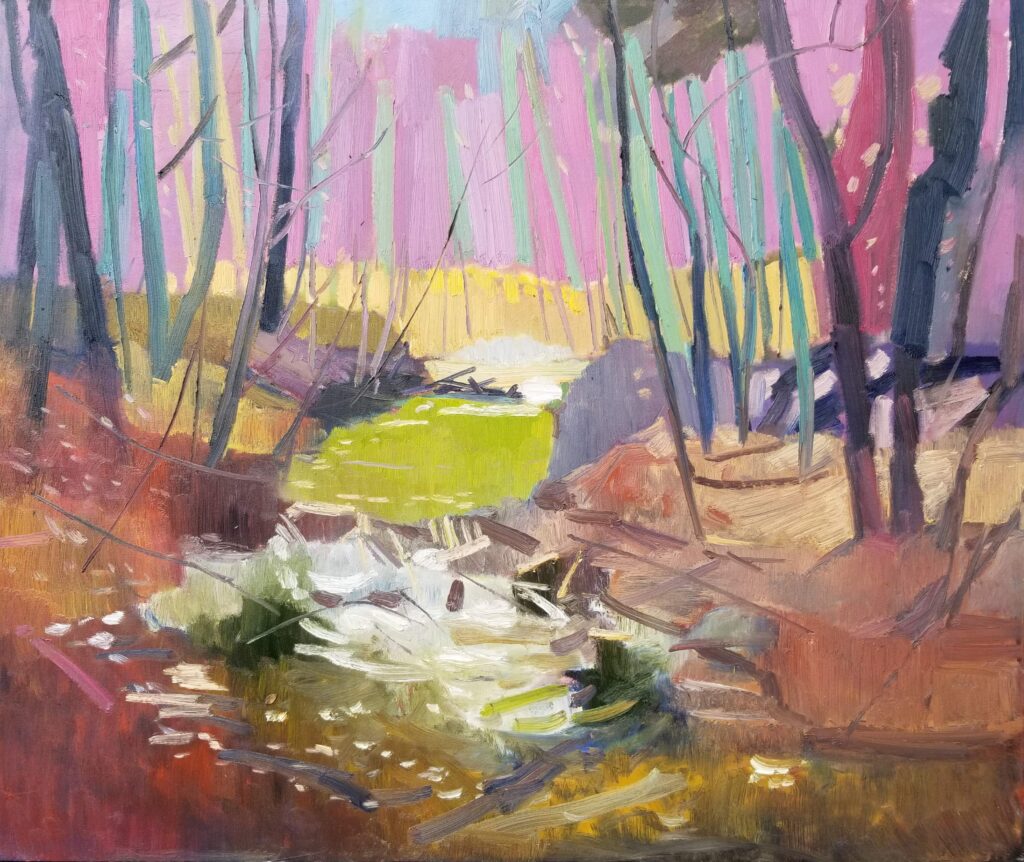 A Romance with Canada 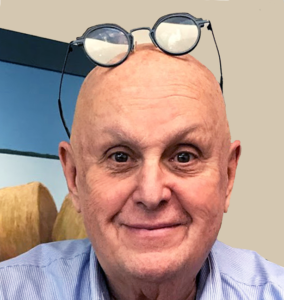 He has been awarded the Queen’s Golden and Diamond Jubilee medals.

His images of the Queen, moose, barns, and maple leaf flag are icons of Canadian contemporary art. His murals of HOCKEY KNIGHTS IN CANADA enhance Toronto’s College Subway Station.

Born in Toronto in 1942, he studied art history at the University of Toronto, French literature at the Sorbonne, and painting and graphics at the Cranbrook Academy of Art in Michigan.

His work has been exhibited at the Art Gallery of Ontario, the Royal Ontario Museum, and the McMichael Gallery. He has held solo exhibitions in France, Germany, Japan, the UK, India, and Bangladesh.

He worked at Expo 67 in Montreal supervising the installation of 60 contemporary sculptures from around the world. He taught printmaking at the University of Calgary in 1969-70. He spearheaded Toronto’s Queen Street West revival in the 1970s and 80s by restoring several old buildings into facilities for arts usage.

McClelland & Stewart has published an illustrated book on his life and work by Bogomila Welsh-Ovcharov, (1992). Cormorant Books has published The Illustrated Journals of Susanna Moodie, his celebrated collaboration with poet Margaret Atwood (2014). A biography by Leonard Wise, CHARLES PACHTER: CANADA’S ARTIST was published by Dundurn Press in 2017.

Mr. Pachter lives and works in downtown Toronto in an award-winning home and studio designed by Canadian architect Stephen Teeple. His works are also displayed in his second home and studio – MOFO, Moose Factory of Orillia, a compound of four buildings he created in the heart of town.

His paintings are in the Portrait Gallery of Canada, the Canadian Embassy in Washington, Canada House in London, the Parliament Buildings, the Prime Minister’s residence, and the Embassy of France in Ottawa.

Pachter’s steel and granite moose sculptures have been installed across Canada.
His best selling children’s books, M is for Moose, and Canada Counts, are published by Cormorant Books, Toronto.

A 3-storey addition to his existing home and studio at 22 Grange Ave is to become the Charles Pachter Museum when completed in 2022. 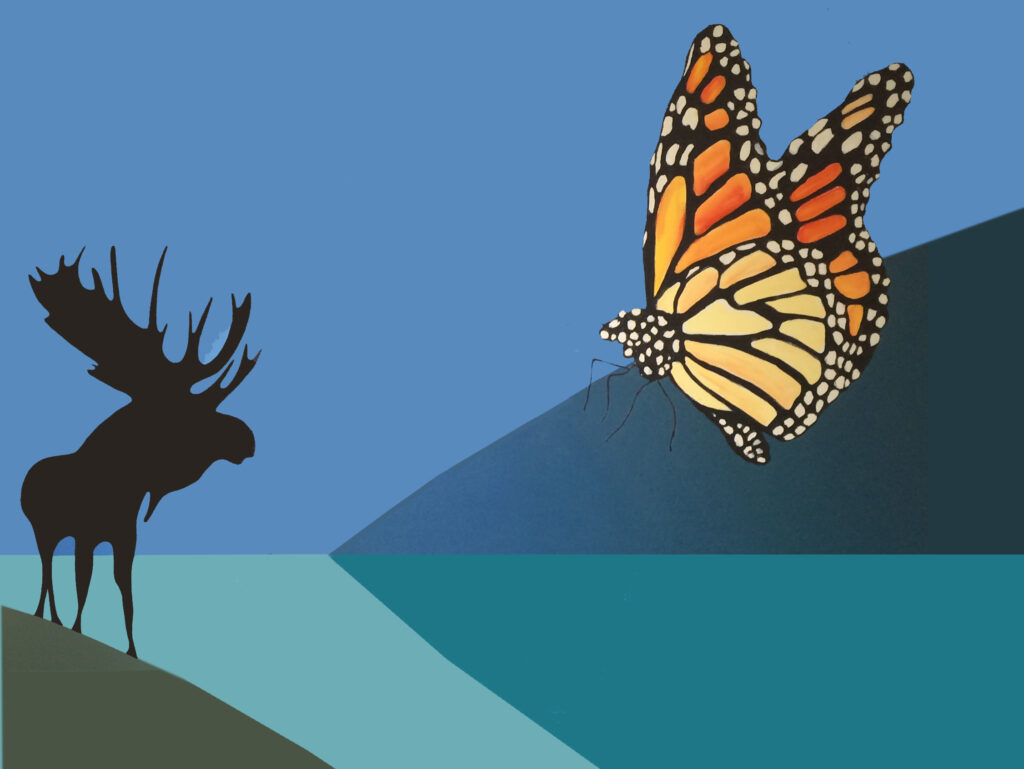 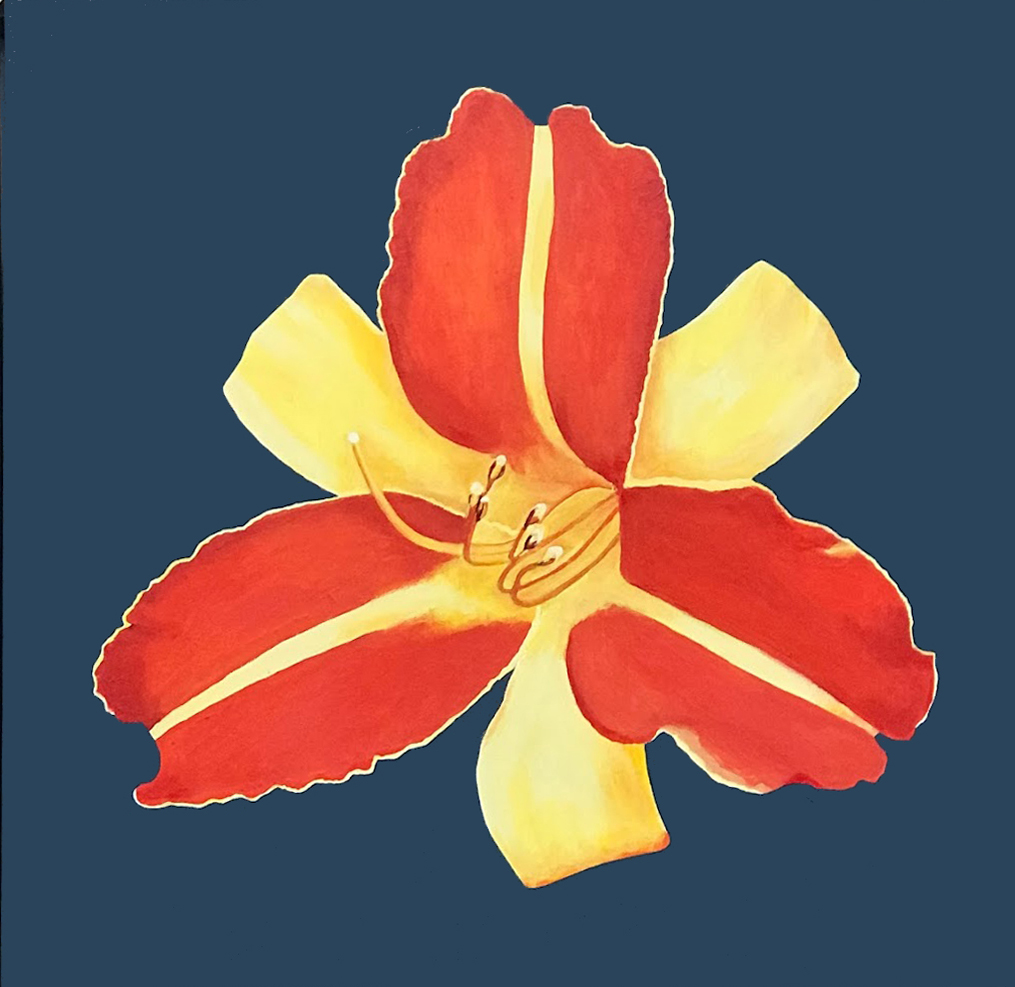 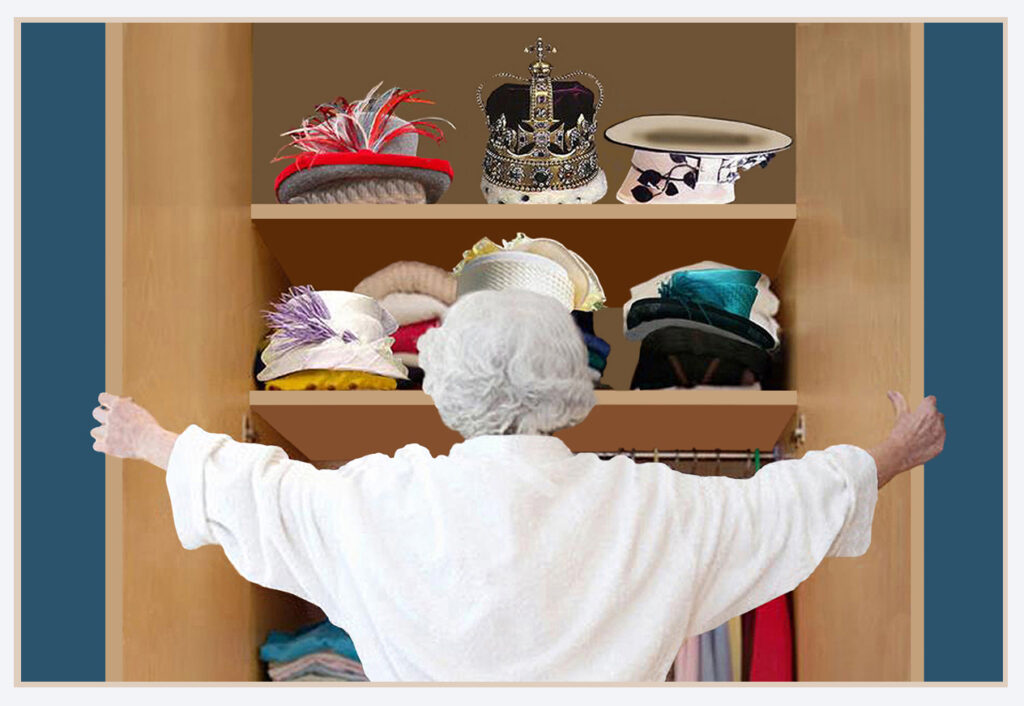 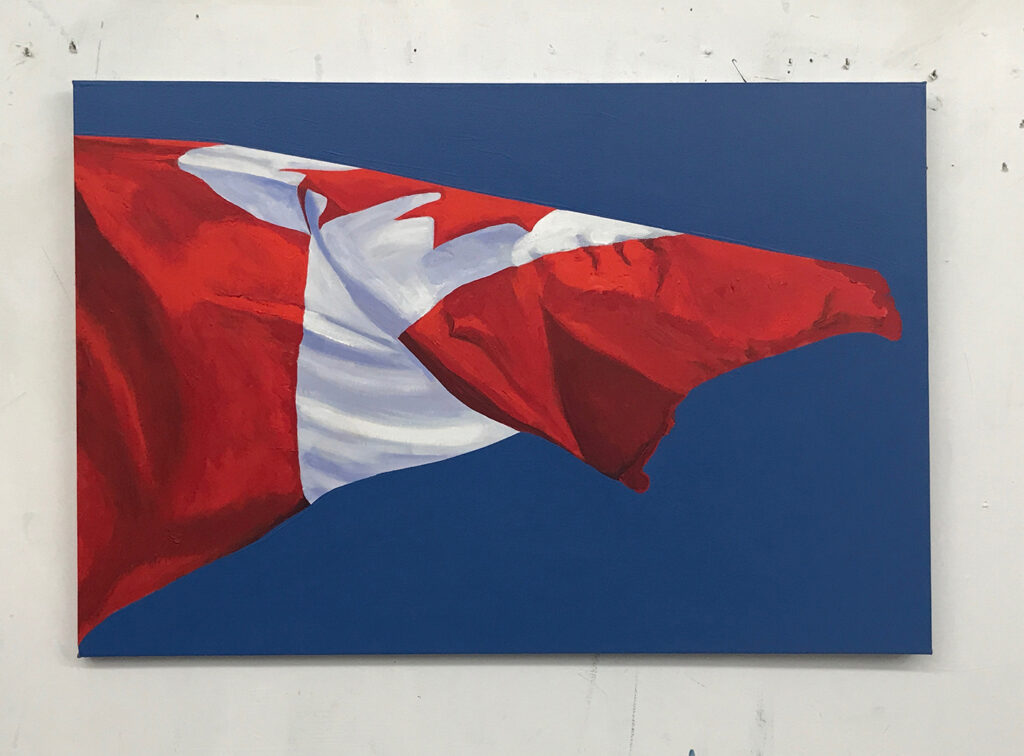 Once described as a “calculated Bohemian”, John applies his love of travel, curiosity for life and experimental spirit to the traditional craft of painting in oil, creating the unique expression of his art.

John was born in Barrie, Ontario, later moved to the Toronto area and now resides in the Haliburton Highlands. He displayed a keen interest in art from an early age and studied at the Ontario College of Art, and later the Art Students League of New York. In over forty years devoted to painting, the Canadian landscape has provided John with an unending variety of subject matter, and continues to be a constant source of inspiration for his art.

John has exhibited his work internationally for many years. His paintings are represented in numerous collections in Canada and abroad and have won many awards. He is a member of various art organizations and is listed in A Dictionary of Canadian Artists and Artists in Canada. John is an elected member of The Society of Canadian Artists. 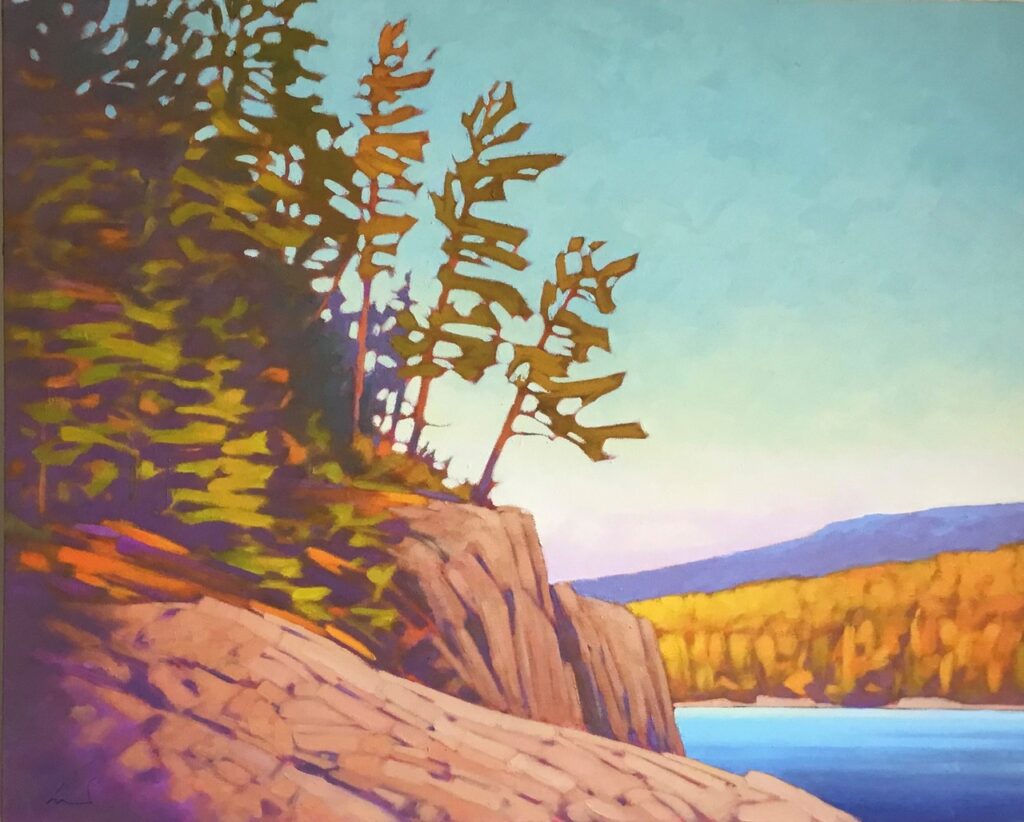 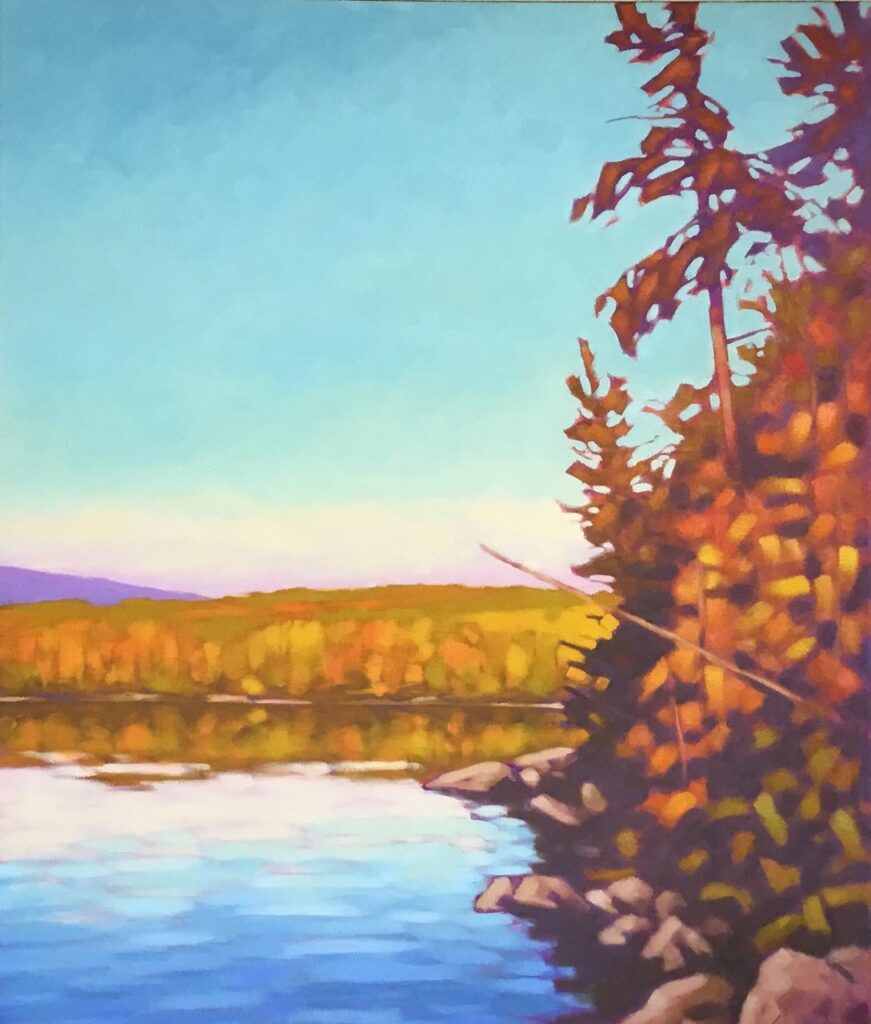 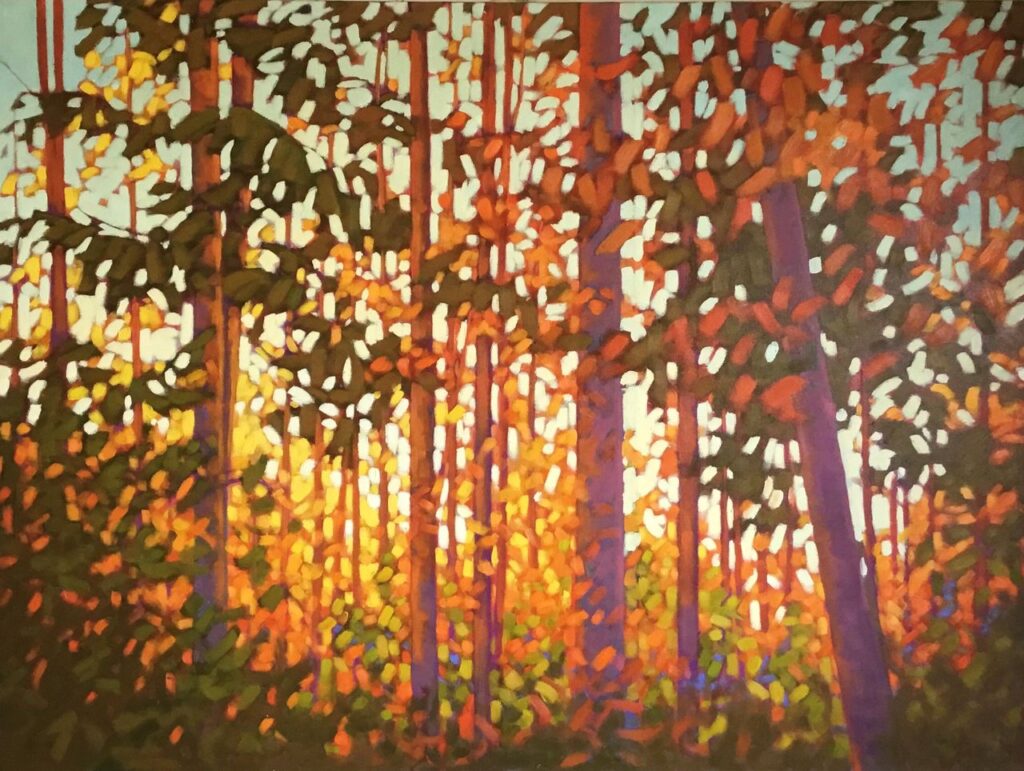 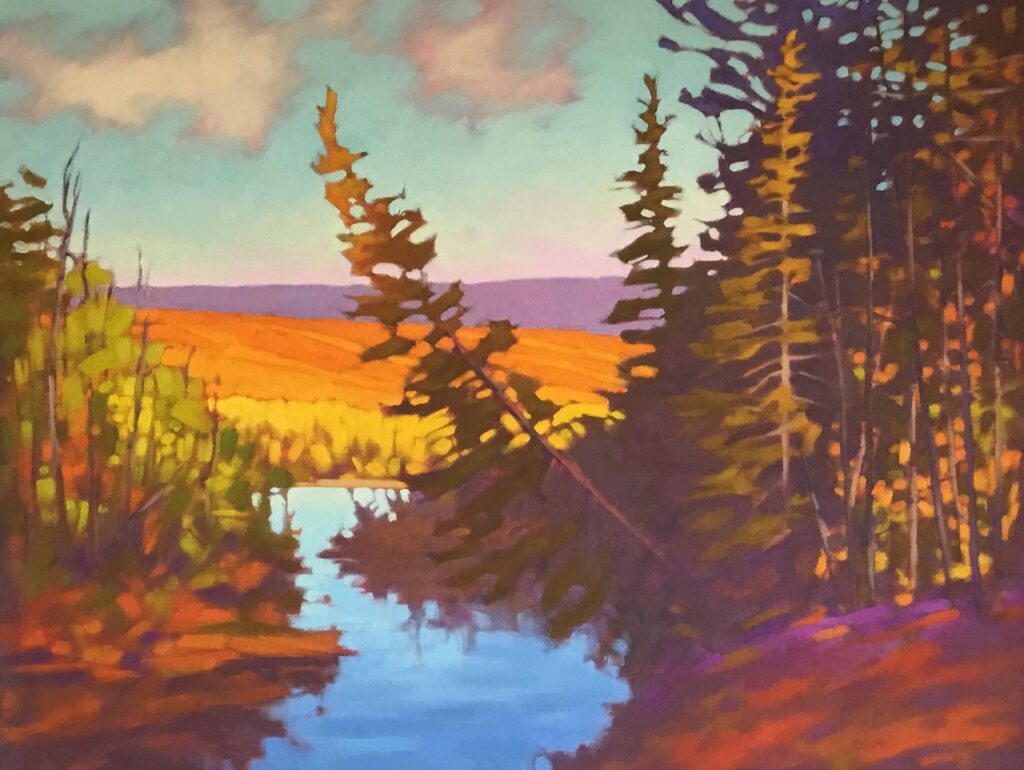 The Art & Craft of Garden Making

The Corner Gallery’s first show of 2022 celebrated the timeless and subtle joy of gardening as a metaphor for rebirth and connection with the outside world.

Artist Rose Pearson’s remarkable photo-realism draws you inside the harmony and complexity of flowers, painstakingly rendered with extraordinary vibrancy and depth of field. In a second series, Rose presents flowers laid atop text from the book that inspired this recent work. Perhaps in tribute, these flowers, singly and in small groups, contrast with the permanence and finality suggested by the stone-like medium below.

Rose started her artistic career with a B.F.A. in painting and drawing from York University and a B.Ed. from Windsor University. She has worked as an arts educator throughout the last 30 years, currently at the Haliburton School of Art + Design. Her professional life as an artist began simultaneously with the decision to become a mother; the subject of her painting is tied to the levels of experience encountered in her daily life.

Since 2002, Rose has been exhibiting in solo and group shows at public galleries across Ontario, earning multiple awards from the Ontario Arts Council. Her work is in private collections in North America, Australia, Europe, and the West Indies. 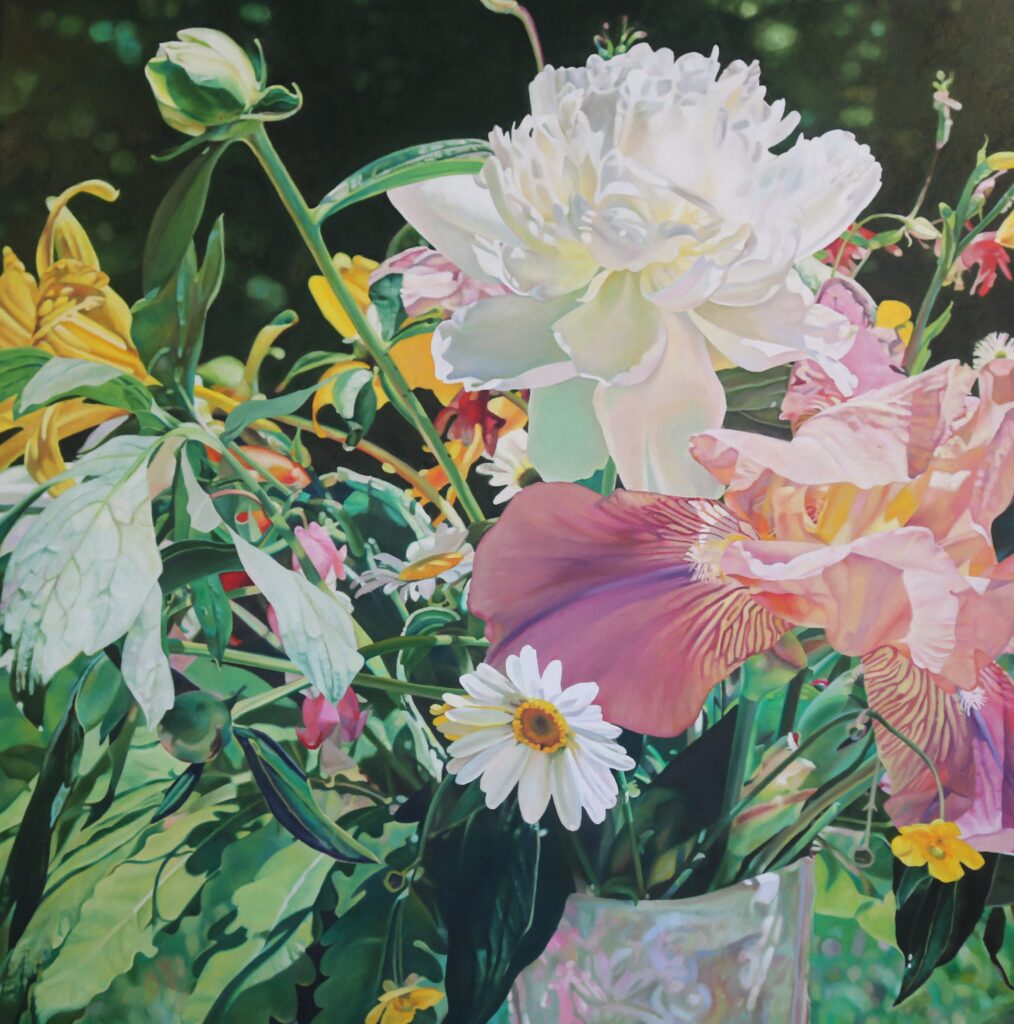 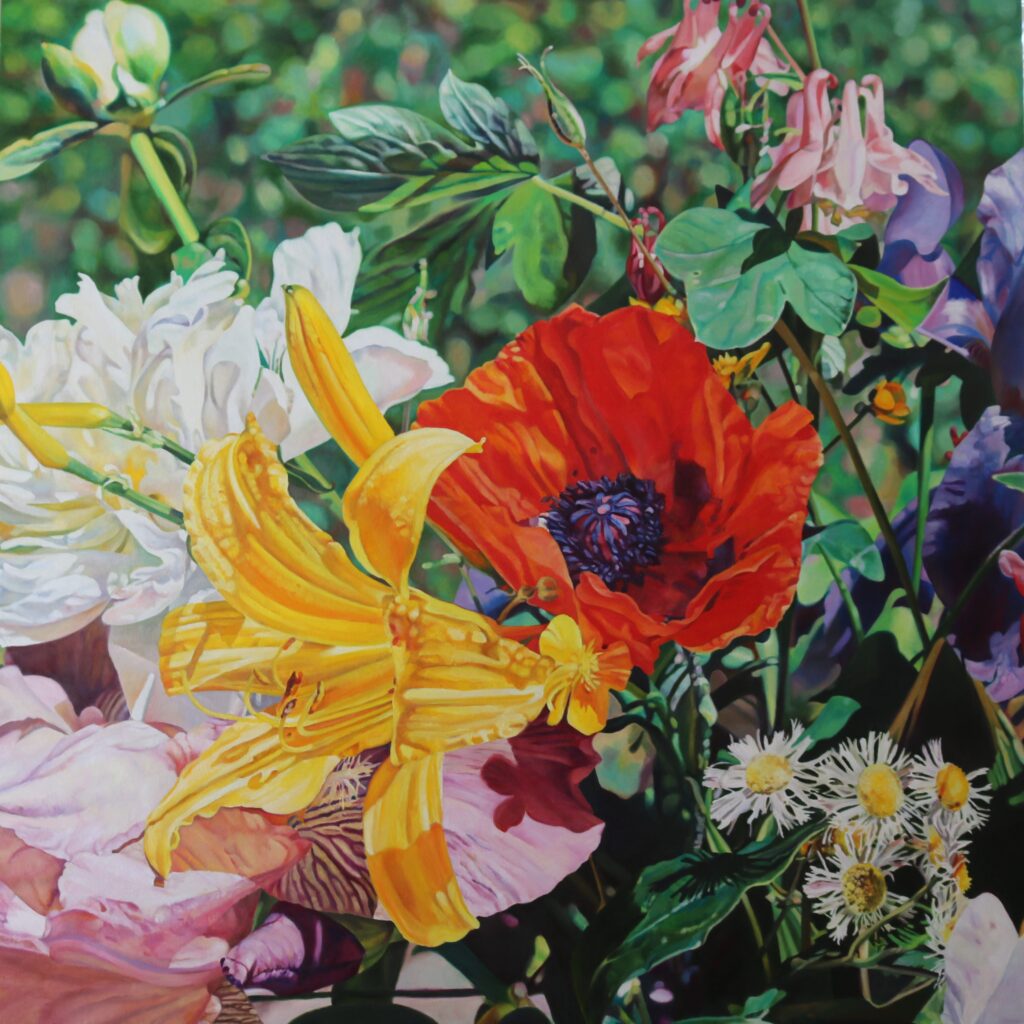 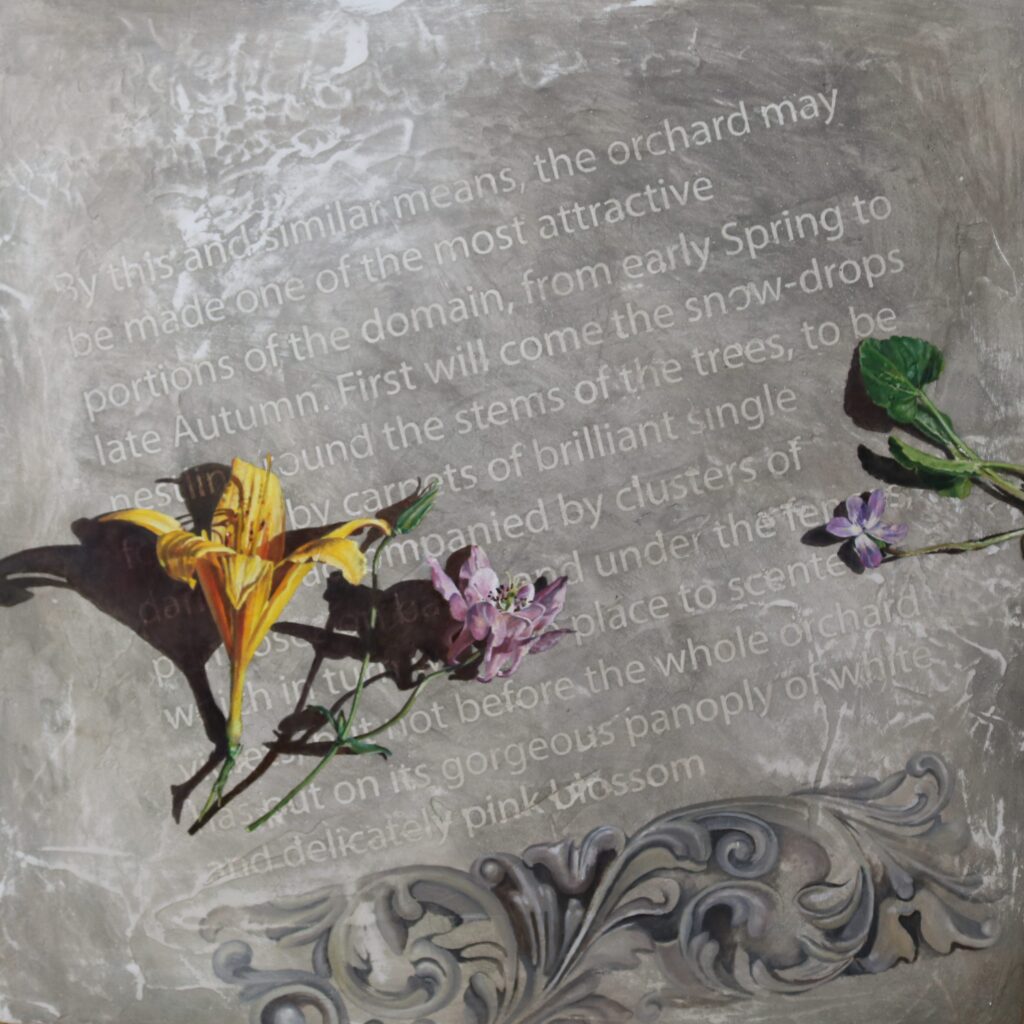 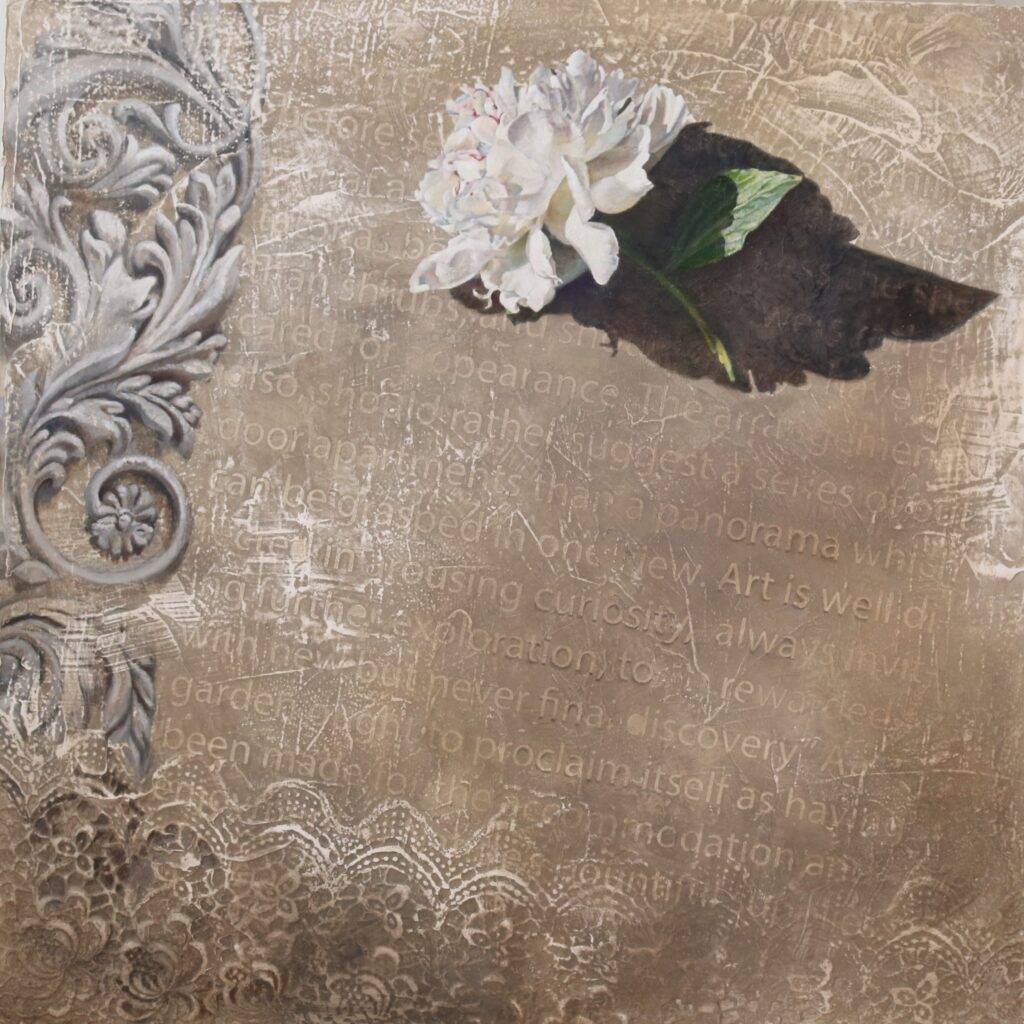