Corner Gallery is pleased to announce our Fall to Christmas mixed exhibition. We are featuring the work of five artists demonstrating a range of styles and inspirations.

Barbara Hart, Toronto, Canada, creates original paintings in acrylic, oil and watercolour that are infused with light and energy and are expressive abstractions and impressions of nature, still life and portraiture.

Largely self-taught, she has studied at Ontario College of Art, Haliburton School of the Arts, Fleming College as well as learning from studying the works of the Masters. Artists of present interest are Cezanne, the Group of Seven, Max Lieberman, Georgia O’Keefe, Wolf Kahn, Peter Doig and John Hartman.

She has had numerous solo shows and engaged in group exhibitions in the Toronto area as well as frequent showings in her ArtbyHart Studio and gallery in Haliburton. A professional musician who is also gifted in art, her works hang in galleries, private homes in Canada, USA, and Europe.

Harvey paints in oils both in the studio and en plein air in all seasons with the goal of capturing the spirit of the land while enveloped in it. Often the on-site paintings can stand alone, but they can also be used as inspiration for larger studio works.

When he is not painting road or riverside, Harvey can be found sharing his love for painting by encouraging others at Boathouse Studio in Carnarvon or facilitating en plein air workshops. He takes part in the Haliburton and the Lake Scugog studio tours.

Gord Jones is a watercolour artist. The surrounding landscape in the Haliburton Highlands, Ontario has been a great source of inspiration for most of Gord`s paintings. He loves how watercolour allows him to transfer the light and shadow from his photographs to his paintings.

His approach is to interpret the essence of his chosen subject rather than producing detailed likenesses of actual places. He has always found visual communication speaks clearest, even though his interpretations leave room for the viewer to explore and most importantly, take part in the conversation.

Gord is an elected member of the CSPWC (Canadian Society of Painters in Watercolour), The SCA (Society of Canadian Artists).

Sarah Carlson is an Ontario based visual artist whose multidisciplinary practice spans painting, murals, sculpture, and installation. Carlson’s work is an expression of her firsthand experiences within the natural world.

She holds an MFA from OCAD University (2019), a BFA from York University (2009) and a B.Ed from University of Toronto (2010). Carlson has taken part in artist residencies both nationally and internationally. Sarah is represented by Cloud Gallery in Orillia and Muse Gallery in Toronto. 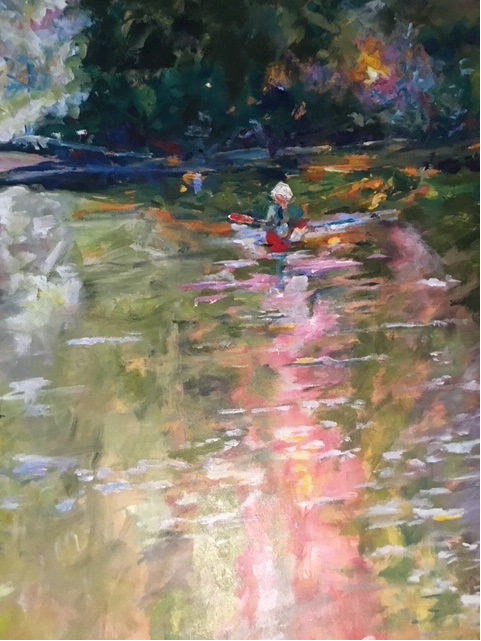 Barbara Hart - Down the Bubbling Hawk 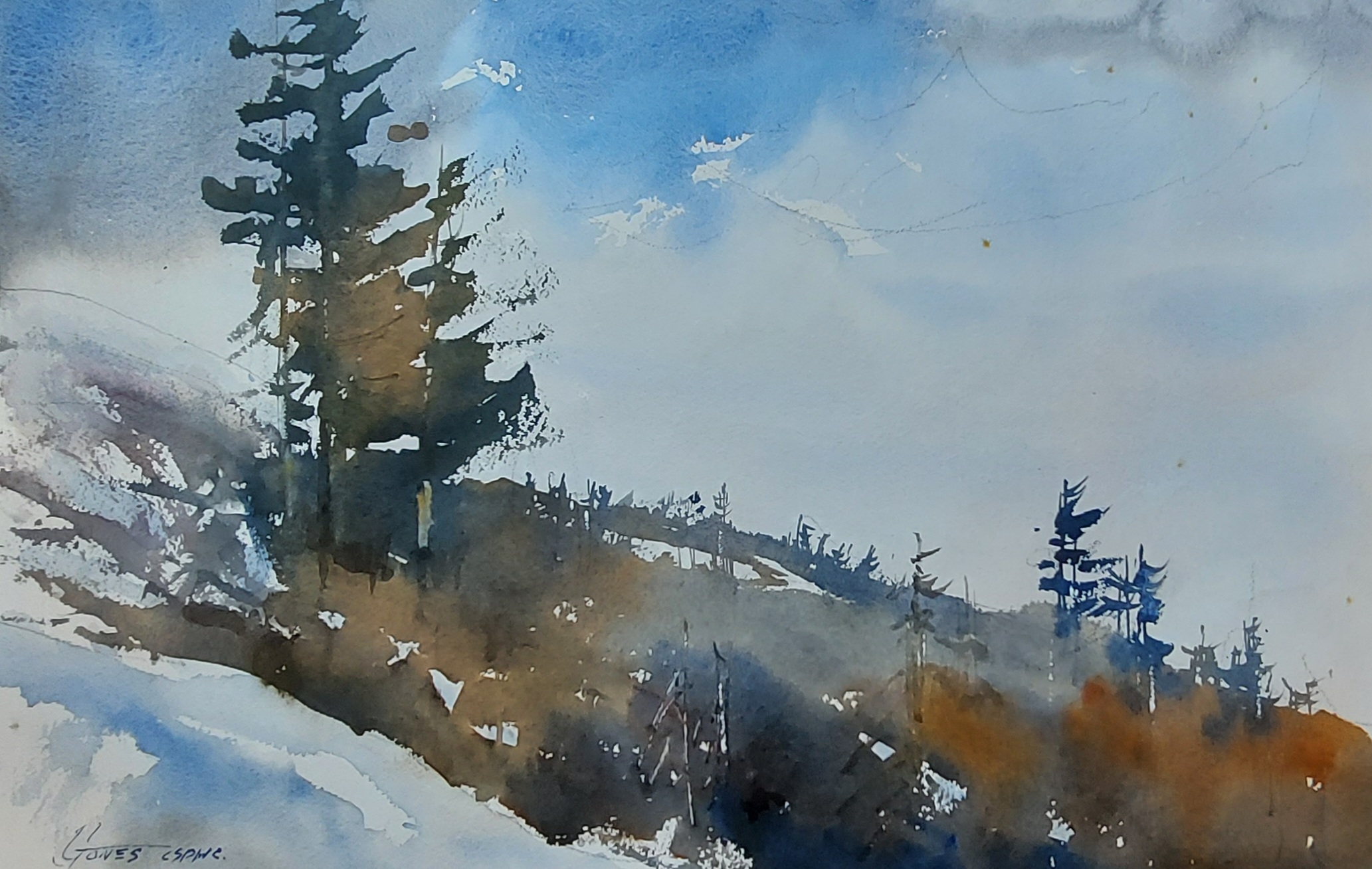 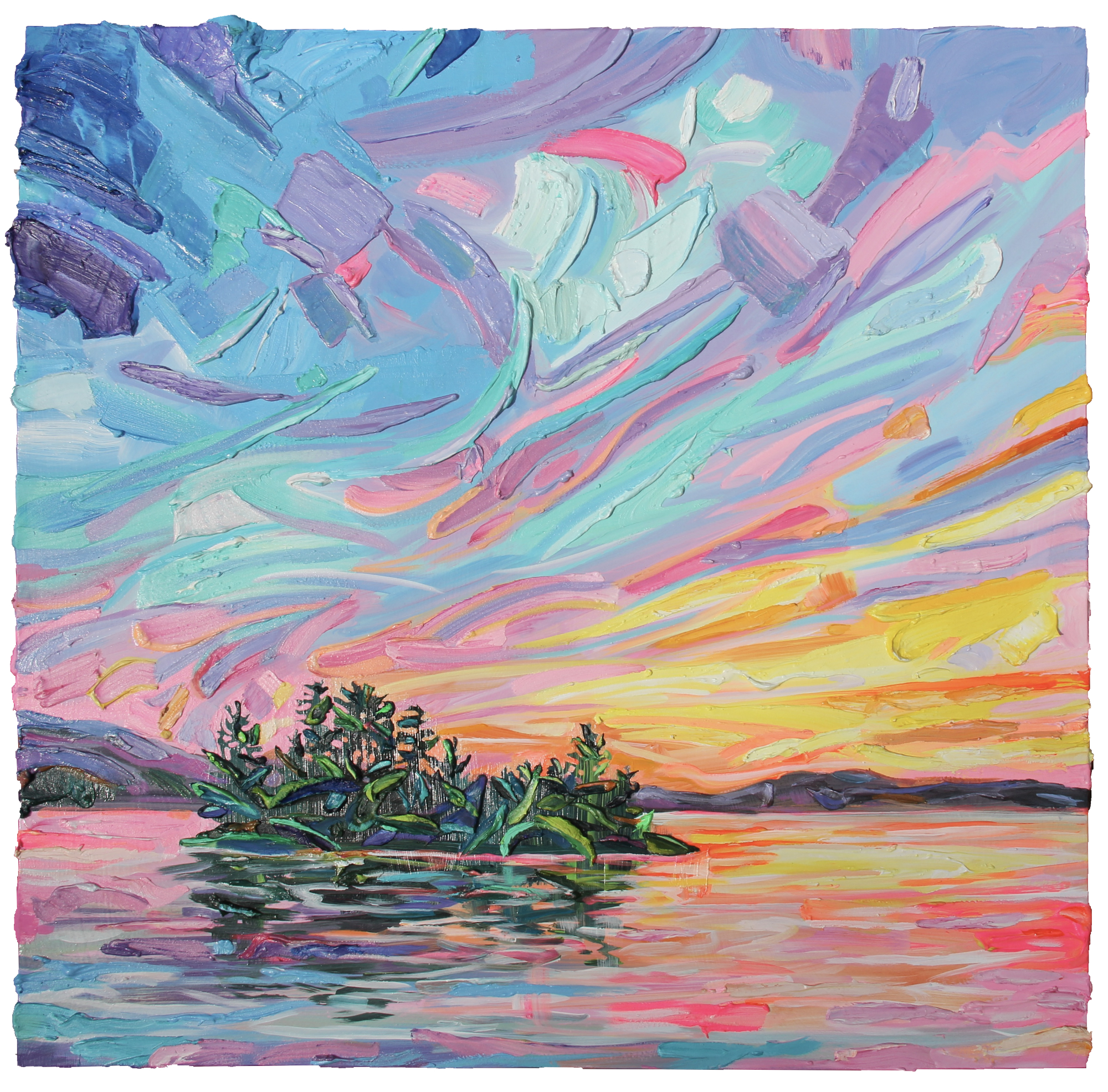 Founded in 2020 at Haliburton Village's historic Lucas House, the Corner Gallery showcases works by Ontario artists, with a focus on abstraction and modern Canadian landscapes. The Corner Gallery provides a space for works demonstrating traditional methods and skills that help us see the world around us in innovative and provocative ways. Most of our exhibitions are paintings, with occasional shows featuring photography and other media where the subject matter and execution allow. 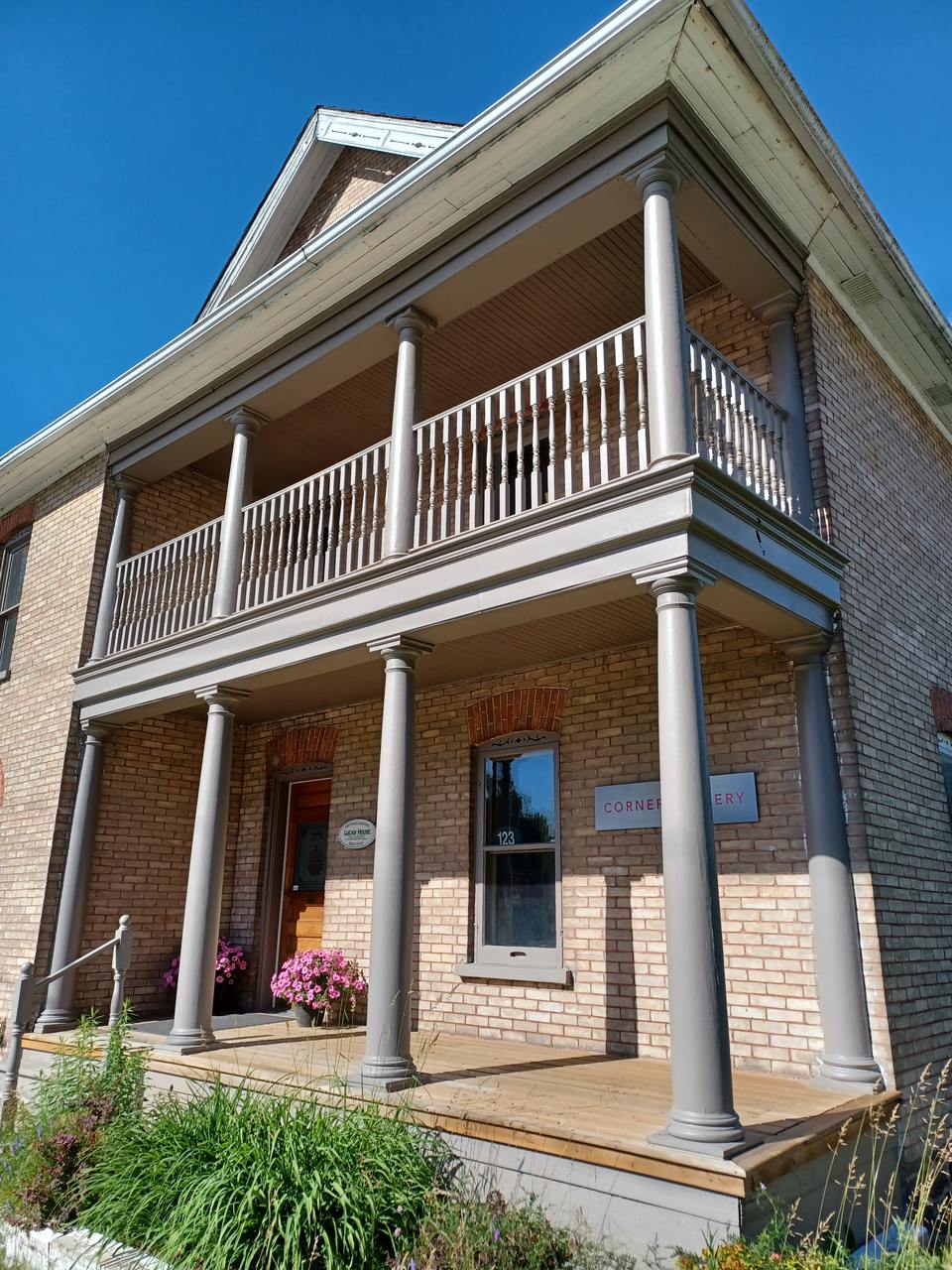 Built in 1907 as a residence, Lucas House was the first house in the area to have gas lighting and modern plumbing. Over the years it's had several lives: as a rooming house, a real estate office, an antique store, and now home to the Corner Gallery, The Highlander Newspaper, a law office and artist studio.

Since purchasing the property in 2019, we have been repairing and upgrading the building for energy efficiency, safety and comfort, while slowly restoring its stately presence on Maple Avenue. Most of the exterior work will be completed by the end of 2022, with the final step being the re-wilding of the property with native plants to support the natural environment. In 2023 we will continue with interior upgrades to improve the building's functions as an event space, gallery and office.

We are grateful for the assistance of the Government of Canada through the Federal Economic Development Agency for Southern Ontario in helping us to bring one of Haliburton County's most beautiful and historic buildings back to life.

The Corner Gallery's mission is to

Create interest in art by showing works that emotionally connect with or intellectually challenge the public.

Lead the growing recognition of Haliburton Village as a destination for fine art.

Provide a professional, supportive environment for Ontario artists to display and sell their works.

Be the centre of a community hub at Lucas House as it grows to include event space and demonstrations of innovative rural projects and businesses.